Have you ever heard of Agenda 21?  If not, don’t feel bad, because most Americans haven’t.  It is essentially a blueprint for a “sustainable world” that was introduced at the UN Conference on Environment and Development in Rio de Janeiro, Brazil in 1992.  Since then, it has been adopted by more than 200 counties and it has been modified and updated at other UN environmental summits.  The philosophy behind Agenda 21 is that our environmental problems are the number one problem that we are facing, and that those problems are being caused by human activity.  Therefore, according to Agenda 21 human activity needs to be tightly monitored, regulated and controlled for the greater good.  Individual liberties and freedoms must be sacrificed for the good of the planet.  If you are thinking that this sounds like it is exactly the opposite of what our founding fathers intended when they established this nation, you would be on the right track.  Those that promote the philosophy underlying Agenda 21 believe that human activity must be “managed” and that letting people make their own decisions is “destructive” and “dangerous”.  Sadly, the principles behind Agenda 21 are being rammed down the throats of local communities all over America, and most of the people living in those communities don’t even realize it.

So how is this being done?  Well, after Agenda 21 was adopted, an international organization known as the “International Council for Local Environmental Initiatives” (ICLEI) was established to help implement the goals of Agenda 21 in local communities.  One thing that they learned very quickly was that the “Agenda 21″ label was a red flag for a lot of people.  It tended to create quite a bit of opposition on the local level.

As they try to implement their goals, they very rarely use the term “Agenda 21″ anymore.  Instead, they use much more harmless sounding labels such as “smart growth”, “comprehensive land use planning” and especially “sustainable development”.

So just because something does not carry the Agenda 21 label does not mean that it is not promoting the goals of Agenda 21.

The goals of Agenda 21 are not only being implemented in the United States.  This is a massive worldwide effort that is being coordinated by the United Nations.  An article that was posted on RedState.com discussed some of the history of Agenda 21…

In simplified terms, Agenda 21 is a master blueprint, or guidelines, for constructing “sustainable” communities. Agenda 21 was put forth by the UN’s Commission on Sustainable Development, and was adopted by over 200 countries (signed into “soft law” by George Bush Sr.) at the United Nations Rio Conference in 1992. In 1994 the President’s Council for Sustainable Development was created via Executive Order by Bill Clinton to begin coordinating efforts at the Federal level to make the US Agenda 21 compliant.

The same year that Bill Clinton established the President’s Council for Sustainable Development, the International Code Council was also created.

The International Code Council has developed a large number of “international codes” which are intended to replace existing building codes all over the United States.  The following is a list of these codes from Wikipedia…

These codes are very long and exceedingly boring, and those that write them know that hardly anyone will ever read them.

And for the most part, they contain a lot of things that are contained in existing building codes or that are common sense.

But a lot of poison has also been inserted into these codes.  If you read them carefully, the influence of Agenda 21 is painfully obvious.

Unfortunately, even most of the local politicians that are adopting these codes don’t take the time to read them.  Most of them just assume that they are “updating” their existing building codes.

So what often happens is that there will be fights in local communities between citizens that are concerned about the encroachment of Agenda 21 and local politicians who regard such talk as nonsense.  The following is an example of what is happening all over the nation…

Summit Hill Borough Council last night unanimously adopted the “2012 edition of the International Property Maintenance Code,” but not before some audience members expressed vehement opposition to it.

An overflow crowd of 34 people attended the meeting, with some there to specifically voice their displeasure.

Sandy Dellicker, a borough resident, said she was against using an “international” maintenance code, arguing that it falls under the plan of Agenda 21 of the United Nations; an agenda for the 21st Century.

She said, “UN Agenda 21/Sustainable Development is the action plan to inventory and control all land, all water, all minerals, all plants, all animals, all construction, all means of production, all information, all energy, and all human beings in the world.”

“This is not a conspiracy theory,” she told the council. “This is for real.”

She said the International Property Maintenance Code had been adopted in Montgomery County, but the county “has already gotten rid of it” because of its dictatorial direction.

“This is not what Summit Hill and the United States is about,” she said.

It would be great if these codes were just about public safety.  But that is simply not the case.  Sadly, these codes are often used to fine or even imprison homeowners that haven’t done anything wrong.  Sometimes “code violations” are even used as justification to legally steal property from law-abiding homeowners.  A post on the Freedom Reigns Radio blog detailed some of the things that are often done in the name of “code enforcement”…

2) Every day an offense occurs is a separate mandatory misdemeanor – $555/day and/or a month in jail in Charleston, W.Va. They can fine you out of your home and jail you at their whim!

5) Any plant that the ‘Code Official’ says is a ‘noxious weed’ – same deal – same fines and/or jail time – every day. He can steal raw land.

6) He can fine you out of your home and jail you with no due process. Any court proceedings are window dressing as there is no remedy associated with this ‘code.’

7) It can be ‘adopted’ – just by an ‘administrative decree.’
WITHOUT COURT ACTION OR NOTICE THE CODE OFFICIAL CAN:
1) Enter your house whenever he – the sole interpreter – deems reasonable.
2) Prevent you from entering your house.
3) Tear your house down with your stuff in it.
4) Bill you for the demolition.
5) Place a lien on it for fines and/or demolition charges – steal it.
6) And ‘best’ of all, no insurance I know of will cover your losses.

These codes restrict what homeowners can do with their own properties in thousands of different ways.  If you rebel against one of the codes, the penalties can be extremely harsh.

And there is often “selective enforcement” of these codes.  That means that they will leave most people alone but they will come down really hard on people that they do not like.  You could even end up with a SWAT team on your doorstep.

Just ask some of the people who have been through this kind of thing.

Even if you have your mortgage completely paid off, that doesn’t mean that you really “own” your property.  If you don’t pay your taxes and obey the “codes”, you could lose your property very rapidly.

The philosophy behind all of this is the same philosophy behind Agenda 21.  The elite believe that you cannot be trusted to do the “right thing” with your own property and that your activity must be “managed” for the greater good.  They believe that by controlling you and restricting your liberties that they are “saving the planet”.

Unfortunately, you can probably expect this to get a whole lot worse in the years ahead.  Our society is shifting from one that cherishes individual liberties and freedoms to one that is fully embracing collectivism.  So our politicians will likely be making even more of our decisions for us as the years move forward.

Do any of you out there have any “code violation horror stories” to share?  If so, please share them with us by posting a comment below… 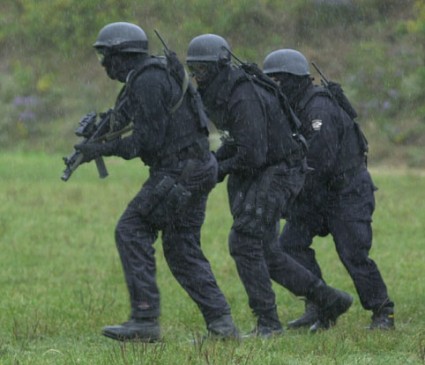 'Red Dawn' scenario is kid's play compared with this scenario North Korea now has an intercontinental ballistic missile (ICBM) capable of delivering a nuclear weapon to the United States, as demonstrated by their...

By Wise Sloth I want to mention, on the record, that I hate the word, “sheeple” just like I hate it when people refer to performing an Internet search as “Googling.” But those are the terms society has chosen to use,...

By Matt Taibbi Posted May 15, 12:05 PM We're going to get into this more at a later date, but there was some interesting late-breaking news yesterday. According to numerous reports, the European Commission regula...

Everything Is Rigged: The Biggest Price-Fixing Scandal Ever

By Matt Taibbi April 25, 2013 1:00 PM ET Conspiracy theorists of the world, believers in the hidden hands of the Rothschilds and the Masons and the Illuminati, we skeptics owe you an apology. You were right. The...

By: Kurt Nimmo False flag attacks occur when government engages in covert operations designed to deceive the public in such a way that the operations seem as if they are being carried out by other entities. Fals...

33 Conspiracy FACTS everyone should know.

33 Conspiracy Theories That Turned Out To Be True, What Every Person Should Know…By Jonathan Elinoff Most people can’t resist getting the details on the latest conspiracy theories, no matter how far-fetched they may ...

Law enforcement intelligence-processing fusion centers have long come under attack for spying on Americans. The Arkansas director wanted to clarify the truth: centers only spies on some Americans – those who appear to...

The revolution against common sense Paul Joseph Watson March 14, 2013 “You walk into this room at your own risk, because it leads to the future; not a future that will be, but one that might be. This is not a ...

Infowars Magazine Free Thank you for all your support. We are so excited to be able to launch this magazine. It is a serious tool in the infowar to wake up humanity and defeat tyranny. VII Edition VI Ed...

Is America really "the land of the free"?  Most people think of money as simply a medium of exchange that makes economic transactions more convenient, but the truth is that it is much more than that.  Money is also a ...

No Charges for 6 LAPD Officers Who Shot 2 Innocent Women

Today the lead story on corporate news here locally and nationally has been the case in South Africa around the so-called blade-runner ‘Oscar Pistorius‘ shooting his girlfriend.. They even have a local reporter on the...

(Are You Living In A Constitution Free Zone? See the interactive map >>) ACLU has determined that nearly 2/3 of the entire US population (197.4 million people) live within 100 miles of the US land and coa...

(NaturalNews) Have you ever wondered what's really in vaccines? According to the U.S. Centers for Disease Control's vaccine additives page, all the following ingredients are routinely used as vaccine additives: • A...